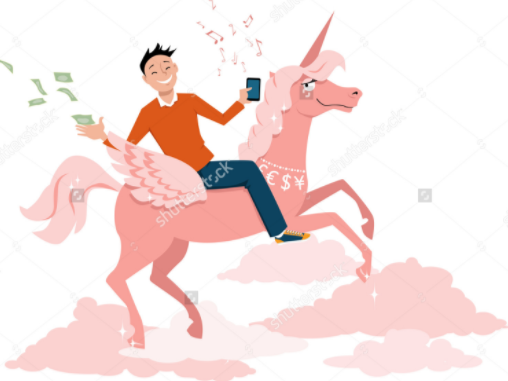 This response was made regarding a point I made a year and a half ago. Over my 20 plus years of experience in the FinTech industry, I had never worked for a huge, multinational corporation (unlike many other people I was working with at the time). Never in my career have I been part of a ‘graduate training programme’. If you had asked me what ‘tier’ I was employed on, or what steps I would have to complete before I made partner, I would have looked at you with a blank stare – like you were speaking Mandarin. I had always worked for companies (outside of my 10 months at Incisive Media – where I was the founder) where I worked for the owners. Which means, I had always worked for small companies.

I had spent 20 years working at startups.

However, at the time I was accused of ‘not understanding startups’ (made by someone who had worked for a Big Four consultancy firm) I didn’t have the language or the words to counteract – I didn’t know the code words that would have allowed me to defend myself. A startup was (usually) a tech company, founded (usually by a man) with aims to disrupt an industry. A ‘serial entrepreneur’ was someone who knew what a term sheet was, had pitched to a VC – someone who had thought about an exit strategy.

The prevailing mindset in startups land is that entrepreneurs are ‘better’. They are better because they build things. Founders create the future because they understand innovation. They are agile, They ‘fail fast’. They pivot. They move on.

Dennis Waters didn’t directly hire me – but his presence was everywhere in our New York office in the early 90s. Namely his name on the letter head. The man who founded a London newsletter, bought by Dennis Waters, was the man who walked up to my desk in 1997 and asked ‘how fast could I pack’ in order to take up a new role in the London office. I went onto work for a husband and wife team who ran a recruitment firm (I sucked at it – and that is the last you will hear of that job). I worked as a freelance journalist, before Twitter, for six years! (something you will be hearing a lot more about). During that time I worked for a startup newsletter, whose efforts to scale up ended up being so stressful the founder had a heart attack – causing the investors to beg me to stay on, producing issues, so they could offload their investment to a buyer (I am still owned £8,000). I sat in a basement office, off of Threadneedle St, with a team (funded by a injection of cash from Holland) trying to build a glossy magazine for an industry that didn’t want that product anymore.

The founder of Finextra called me up, personally, to come and work for them.

The founder of Startupbootcamp FinTech, approached me to do the same, six years later.

I never had an exit strategy, this was my career.

Two reports came out last week. One talking about female led startups only managing 2.1% of VC funding. And the second was a study, published in the Harvard Business Review about a Swedish university study which looked at two years worth of conversations by venture capitalists talking about men and women who founded startups.

The line in the HBR article that really got to me was this one: When talking about men the VCs commented that the founders were ‘cautious, sensible and level-headed.’ When talking about women they said this: ‘Too cautious, does not dare.‘ [bold mine].

Yes, startups and founders take a certain amount of risk. Going out on your own often does. But any startup that grows more than three people, takes those risks on the back of people like me. Those that work at startups are taking that risk right alongside of you. But we don’t have the language, we don’t have the code words, to be let into the entrepreneurial club. We aren’t allowed to sell that entrepreneurial myth about ourselves.

20 years of working at startups, two of which failed spectacularly,  gets usurped by men who have never worked at startups – but they founded one. And we all know – that is all that matters. Your 20 years of experience, in the same industry, pales in comparison to a man who’s read a term sheet.

I don’t believe women are any more or less risk adverse than men. But women tend to start businesses in industries that they know – very well.

When I was accused of ‘not understanding startups’ what they meant was that I never founded anything according to a narrow set of rules and definitions which, more often than not, aim to exclude people like me.

If you have ever founded a company – whether it succeeded or failed – good for you. Well done.

But then again, many of you will disagree with me. After all, there are many caveats and definitions and code words I learned too late that can be used to deny me the claim of ‘founder’. But they are all just another tick on the list of the many ways women are told ‘they don’t belong here’.

One thought on “You don’t understand startups. (You don’t belong here – Part 2)”