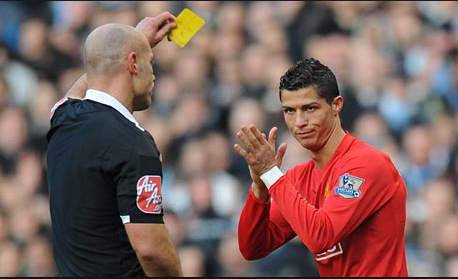 A few years ago I was watching a show about celebrating the anniversary of Saturday Night Live. The show debuted in the US in 1975. Most of us today have seen SNL clips of Alec Baldwin gurning his way through his Trump impression and of Melissa McCarthy skewering former White House Press secretary Sean Spicer. The show has spawned many of the most well know comics of the past 40 years.

The original cast included names like Chevy Chase, Dan Aykroyd, Jane Curtain and John Belushi. John Belushi famously died of a cocaine overdose in 1982. (Maybe some men are just biologically incapable of dealing with high stress jobs ¯\_(ツ)_/¯). Anyway, it was during one of those anniversary shows, featuring the original cast (minus those that are dead), where a conversation between Jane Curtain and Chevy Chase encapsulated, for me, everything it means to be a women who ‘dares to leave her house and go out into the world to do things‘.

In addition to Jane, the original Saturday Night Live cast also included the late Gilda Radner (ovarian cancer) and Laraine Newman. So, of course, this panel was asked the inevitable question about ‘women in comedy’. Don’t forget we live in an age where men still feel perfectly entitled to say ‘women aren’t funny’. (Or be quoted in the New York Times saying that women shouldn’t be head of a department that deals with automobiles – as if there could never possibly be any way that anyone from a gender that make up ‘half the world’s population’ could crack a joke or drive a car).

Anyway, Jane Curtain commented that whenever John Belushi was on stage (remember this show is done live) and about to speak a line he knew was written by a female writer, he would deliberately mumble. John Belushi would ensure that a joke, written by a woman, would bomb – on purpose. As Jane was telling this story, Chevy Chase interrupts her to say, ‘I don’t remember him doing that.’ She then turns to her former college and says, ‘Yes, he did do that.’

‘Well, I don’t think that was his intent, you shouldn’t have taken it that way.’

In an exchange that took less than five minutes a man interrupts a woman and invalidated her experiences because ‘IT DIDN’T HAPPEN TO HIM – SO THEREFORE IT DID NOT HAPPEN’.

That my friends is what women go through everyday.

Whenever I write about what it is like to be a woman who leaves her house to ‘do things’ like make money, speak in public, drive a car, or tell a joke (ya know, men stuff) I get feedback from other women along the lines of ‘I am so glad you said this‘ or ‘This rings so many bells for me.’

However, from the men you get responses anywhere from the ‘This is not true’ (Grr….) to ‘I never realized‘ (really?) to ‘It is hard to have a rational conversation about gender diversity‘ (No, it is isn’t hard. Trust me).

Over the weekend, this tweet from the awesome, badass Leda Glyptis prompted an idea.

Us Twitter nerds (the fount of all knowledge) came up with an idea of a set of ‘flash cards’ for use in meetings (or for just having a cheeky pint down the pub) to help men understand when women are being invalidated and marginalised. We even included ‘red and yellow’ cards for men who have trouble understanding concepts unless they are connected to organised sport. (They are cute, aren’t they? 😉 ) I kinda also want a bingo card as well, just for Lolz 🙂 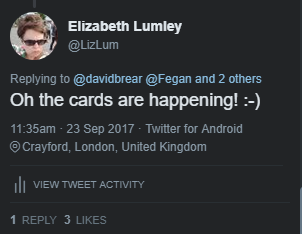 Mansplaining – Indicated by both a Yellow or a Red card.

Now, I am not going to define Mansplaining here. If you don’t know, why are you reading my blog? But we are going to be generous and concede that there are flavors of mansplaining. Some men just get very excited about all the things they know (or think they know). And since they grow up in a world designed for them by them, speaking over people and interrupting others, in order to tell the world about this wonderful thing they are excited about is OK. It’s not really OK, but these low level mansplainers tend to interrupt everyone. They are equal opportunity interrupters. A gentle ‘Yellow Card’ should work.

However, there are other types of mansplainer. I like to call them the ‘brosplainers’. These guys will interrupt a women to tell them they are wrong about a certain theory (despite the fact that the woman may be a certified expert in this field, while the man once read about it in an old edition of the Sunday Times Magazine) or to inform them that the story they are telling about their own experiences is invalid because they themselves have never experienced it.

Brosplainers have one purpose – to stop women playing in their world. To stop women from doing, ya know, ‘men stuff’. Red Cards all the way.

Hepeat – We’ve ALL been there. A women offers a ‘solution to a problem’ at a meeting. The group continues talking. Why can’t we solve this problem, they wonder? Then the guy next to the woman has an idea. He repeats the exact same thing the women said five minutes earlier. Every one at the table has a sigh of relief. Phew, problem solved. Woman stumbles out of meeting wondering if The Twilight Zone has been recommissioned.

(In fact the women who were part of the Obama administration – remember 😦 – came up with a novel solution to combat ‘hepeating’. Every time a woman made a suggestion – the other women in the group repeated it – over and over – until the men at the table started listening and acknowledging).

Here is where I think we get into Bingo Card Territory.

So we’ve already have squares for Mansplainer, Broplainer and Hepeat. So here are some squares I would like to see. Most of them are phrases or actions I have seen or heard over and over again and a few that have been told to me by other women. I list them here without explanation.