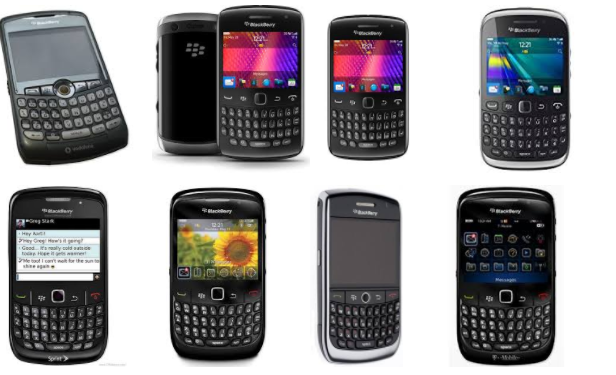 There I said it. I really really miss my Blackberry. I’ve had three versions of the beleaguered smartphone in the past. I started off with a flip version (Remember flip phones? – no calling a Uber with your bum with those babies). Then I migrated to a Curve and eventually a Bold. But it was the Curve that won out. I started using it when I joined Finextra, when I starting using Twitter hard core (when Twitter was fun – full of people who chatted with you instead of ‘tagging’ you).

The Blackberry Curve fit well in my hand. I could live Tweet conferences with it as if I was taking dictation. I could hash out elaborate email arguments with my husband on it. I wrote blogs on it. My Blackberry wouldn’t know an emoji from an Instagram. But I wrote, engaged and communicated with it.

Now don’t get me wrong. I can do a lot more with my Samsung Galaxy S7 (Never been an Apple girl. I always sensed a bit of ‘Dear Leader’ embedded in the cult of Steve Jobs). I can put on my headphones and listen to a robotic voice tell me which streets to walk down to make it to that nice Italian restaurant I found on Trip Adviser – an app I also have on my Samsung. I have an app which can send a physical post card from the pictures on my camera phone (my Aunt loves them). I have one that helps me meditate – for ten minutes a day. It lets me access Facebook, Twitter, LinkedIn, WhatsApp, Slack, Trello, email etc… Yes, I get it!

The Blackberry is now a symbol of all that is analogue, old fashioned and legacy about any industry. Blackberrys are issued to men in suits who work for companies whose IT departments never moved with the times and migrated to iPhones. Blackberrys are not chosen – they are forced.

Blackberrys are no longer in the hands of people who want to create the future. Who want to start revolutions. Who want to produce content that builds friendships across the virtual world and start dialogues that change the way we as humans think.

So that leaves me thinking. Who is producing now?

Is it a coincidence that the death of Blackberry was around the same time Twitter stopped being this great cocktail party where you could meet people who not only shared your interests, but challenged your point of view? Now, social media, on a good day, is bloated full of targeted ads, and filtered content decided by an algo. (if I wanted to buy those slippers I would have bought them six months ago!) On a bad day it is full of attack squads and trolls – who may or may not be ‘bots – who shut down debate and frighten those who’s voices are struggling to be heard.

Way back in the early noughties we were handed a device that would let us all produce – the power of the written word, enabled by a QWERTY keyboard and cell tower signal! But we gave it away for a device that lets us consume – that lets us watch and react, that lets us be targeted.

What does this all mean? Did Blackberry let is down by failing to innovate and respond to customer behavior? Were Apple just better at marketing? Or was something more sinister at play? That much power to produce, to design your own narrative, in the hands of the many – did that frighten certain large corporations and governments, who would prefer a more docile and responsive consumer? Kendall Jenner isn’t on Instagram because she wants to engage with you – Chanel are paying her.

There is a man in the US White House who uses Twitter to communicate with his followers like a Blackberry is embedded in his hand. But he was put there in part due to ‘bots, and fake news, and algo driven filtered content, which fed and justified isolated bubbles of voters. I don’t remember being promised this type of societal fragmentation in the 1990s when the World Wide Web promised us all a brave new world.

I visited the CERN laboratory in Geneva last year. I said a silent thank you to Tim Berners-Lee, in front of a glass display of the first web server, for my career. A career in which I produce, and will continue to produce, regardless of the device I chose.

6 thoughts on “Dear God, I miss my Blackberry”